The Great Adventure: One Futuricean’s career journey through our offices

Nadia Karolainen joined Futurice in 2016 after years in a remarkably different business environment. So far, her journey at Futurice has taken her through three of our offices in three different countries, and taught her many valuable lessons about business, the world around her, as well as herself. In this interview, Nadia shares her story and explains why she considers Futurice an ideal setting for young professionals to grow and learn in.

Futurice is fertile ground for varied career journeys as well as stories of personal and professional growth. Among these journeys is that of Nadia Karolainen, a seasoned Futurice veteran who has built herself an international business career with us, and picked up an impressive array of skills and tools along the way.

Before joining Futurice, Nadia had worked at Fortum, a Finland-based energy company – and a long-time Futurice client – for six years.

During her time there, she pivoted from her initial procurement analyst position to a business development role that focused on innovative new services and business models.

“Fortum was a great starting point for my career, and it gave me a much-needed understanding of how big corporations work. But I wanted an outside-of-the-box perspective to see how innovations are created and managed elsewhere,” Nadia says.

Nadia’s journey at Futurice started in 2016. Before that, she had already heard about Futurice through a work project, and learned more through a friend who had joined the company earlier.

“By 2016, I had realized I needed a bigger change. Not knowing exactly what that change could be, I quit my job and left for an adventure through Australia and Asia for a few months with my fiancé,” Nadia recounts.

“We were still getting settled down in Singapore when that same friend of mine put me in touch with Helmut, the founder of Futurice’s brand new Munich office. It turned out they had plenty of new projects starting in Munich, and many of them had to do with the energy business.”

Nadia was asked aboard. The job description ticked all the relevant boxes, and the setting was refreshingly different from the corporate world she had already experienced firsthand, as well as the management consulting firms her classmates from business school had ended up in.

And just like that, on a week’s notice, Nadia said yes. She and her future husband set a course for Munich, and one adventure turned into another.

New kids on the block

When Nadia first set foot into the newly opened Munich office, her teammates consisted of the two founders and two other employees: a software developer and a designer. The tiny, shared office space and ultra-casual vibe stood in stark contrast with her previous company, and demonstrated how big of a change she had made.

In addition to pivoting from the energy industry into a consultancy with touchpoints to several different industries, she had moved from a large corporation to an early-stage greenfield startup, and in the process, swapped a highly structured and process-driven culture for a life without predefined playbooks or hard-and-fast policies.

“Our entry and success in the market was largely driven by our pragmatic and non-hierarchical approach with a small multidisciplinary team, which was rather new in the German context, and at the same time true to our Nordic roots,” Nadia says. Setting everything up from scratch was hard work, and Futurice had virtually zero brand awareness. The Munich team had to establish a solid client base and grow its accounts, and that involved winning tenders for massive companies, like BMW or E.ON – but the chosen approach worked.

“Compared to Finland, Germany can be a pretty hierarchical and conservative business environment, and the Futurice culture and ways of working stood out and represented a new and exciting option in the boardrooms where we pitched our services,” Nadia recalls.

“Starting out from the deep end of the pool felt intimidating at first – but it taught me courage and really drove home the point that when you’re going after the big fish, you need to stand out and have a strong point of view.”

Early on, the Munich office needed to import expertise and support from other parts of the company. One of Nadia’s responsibilities was to coordinate this and keep the newly launched satellite in close contact with the rest of Futurice.

“That required getting to know a lot of people. But by far the closest connections I formed with my local colleagues in Munich. It may sound like a cliché but we really were as close as family. I’ve made some lifelong friends during my time there.” As the office grew in headcount, its operations also grew more professional and systematic.

“Initially, it was everyone’s job to grow the local business and contribute to sales. As we signed more deals, we wound up with more projects in our hands as well as a growing client base – and we had to start doing more big picture planning to fit all these together,” Nadia points out.

“That meant thinking about project staffing, synergies between the clients in our portfolio, developing accounts and figuring out how everything aligned with what we wanted to do and where we wanted to be in a few years.”

By late 2018, the headcount of the Munich office had grown to more than 30 people. Nadia’s role had given her a good vantage point and view over the company, as well as an extensive network and plenty of exposure internally.

“I eventually learned about an opportunity that was about to open up at the London office. The strategy and consulting team there was looking for someone to lead and develop its local offering and figure out an ideal service-market fit, and they asked how I felt about that position,” Nadia recalls. 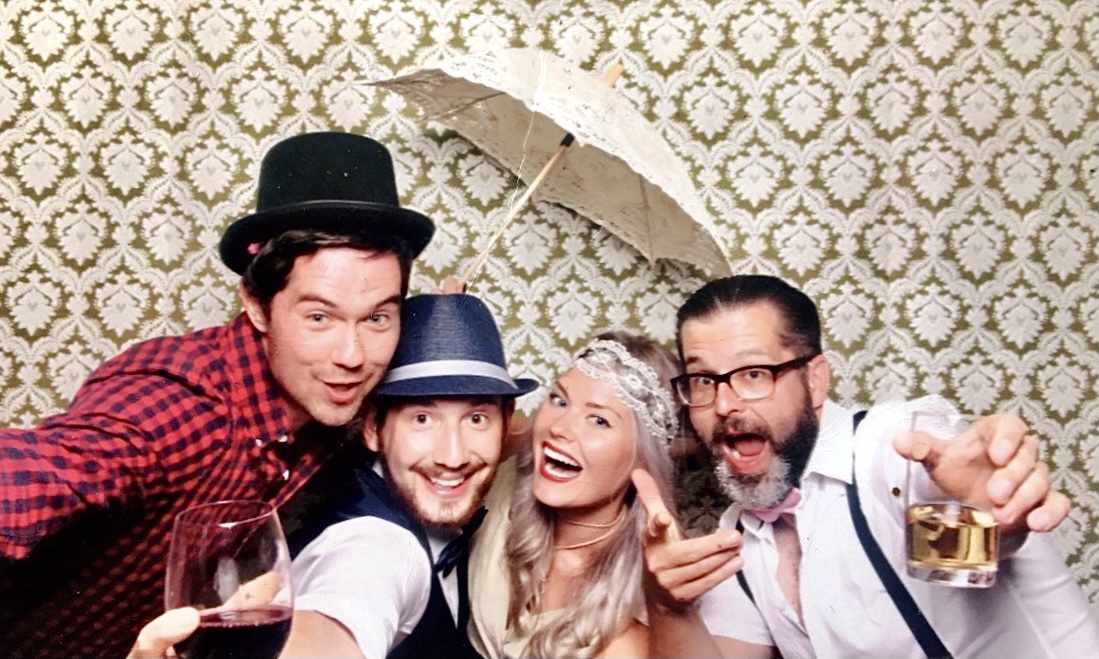 The request was impeccably timed. At that point, Nadia had spent just over two years driving the Munich business from startup to scaleup mode, and she had recently started to think about what she wanted to do next. That question answered itself as she took on the task and set out on the next adventure on her career journey.

The London office was more established than the one in Munich, and it had undergone a couple of transformations during the previous years.

“The market was far more competitive and saturated with dozens of consultancies with similar portfolios and selling points. Futurice also had a very modest level of brand awareness in the UK,” Nadia says.

As a result, differentiating from the competition took a lot more effort than Nadia had grown used to. The team realized that they need to invest time in building, strengthening and polishing their story, and learned to adapt accordingly.

“We put a lot of effort into listening to our clients and the market. We concluded that our position called for a strong focus on the fundamentals and our core offering, nothing too fancy. How you sell, pitch and plan projects or facilitate workshops matters more than a lot of people realize.”

It’s all about trust

For Nadia, working on adjusting the local approach was a valuable lesson in the importance of playing the long game. Solid business relationships require time, patience and commitment – just like personal relationships.

“At Futurice, one of our values is trust, and we live that value by trusting our coworkers unconditionally – ‘trust is given, not earned,’ as we like to say. But the world outside our bubble is very different. When people don’t really know your company, it can take several months or years to build the trust and reputation to close an important deal,” Nadia says.

“And the higher up you’re trying to sell, the longer it will take.”

For Nadia, the most precious aspect in working at the London office was the genuine collaboration between people rather than roles. “Whenever you asked someone for an opinion, there was no compartmentalizing. People were close with their colleagues and didn’t think of each other as software engineers, designers, consultants or salespeople, for example. Instead, there were individuals – like Mitch, Saara, and Tino and so on – and it helped us default to cross-functional teamwork.”

The two years Nadia spent in London were busy on the work front, but also included an unprecedented rollercoaster ride of emotions. The absolute pinnacle came in late 2019 when she had her first child. And just a few short months later, a global pandemic turned the entire world upside down.

After her maternity leave, Nadia came back to a world stuck indefinitely in a remote work limbo. There were plenty of career growth and development opportunities up for grabs at the London office, but the circumstances eventually made Nadia and her family want to be closer to their relatives.

“We loved London and I know I would have enjoyed working there, but at one point we decided it was time for another adventure, this time back in Finland,” Nadia says.

Over the years, Nadia has abandoned the traditional five-year fixed career ladder mindset. Instead, she sees her career development as a process of continuous evolution.

“I have a direction and goals for my career, and I think every adventure leads to a new one, teaching me things about the world – and myself – along the way. Professional growth comes in different forms: new skills and competencies, as well as a continuously growing toolbox that ranges from grassroots level sales and recruitment to business management.” In her current role in Helsinki, Nadia aspires to build on top of what she has started in Munich and London. She wants to be closely involved with Futurice’s international projects, and work as a bridge-builder between the mothership of the Futurice family and its different offices.

“Someone who connects people and adds value to the themes we are working on as a company. This ties well to our connected company approach, which is all about utilizing AI and data to help the right people within the company find each other. But the data-enabled push needs to be balanced with soft values and a human component.”

Strengthened by our differences

In an expert organization like Futurice, the people and the connections between them are a major part of the cultural glue that holds the entire company together. Based on Nadia’s experiences, there are some contrasts between our offices related to local cultural differences – but at the same time, there is a strong consistency that stems from some of the traits that our people share.

“Things like endless curiosity towards other Futuriceans and the various competencies represented within the company, as well as the drive to create new value for our clients and to society as a whole. Wherever you are at Futurice, the people are down-to-earth and you won’t bump into big egos.”

The last part, Nadia says, is closely connected to another important feature you can count on at Futurice: psychological safety.

“At Futurice, whatever you do, you can do it while being truly yourself. The people around you will not try to correct your demeanor or the way you speak or present yourself. You’re not forced into a mold or expected to dress in a specific way. Diversity is seen as a strength.”

“If I had joined a German or a British organization in Munich or London, I’m pretty certain my adventure could have been radically different in this sense – and many others,” Nadia concludes.

Read more about what we do and the great things we’ve achieved together with our clients – and when you’re ready, don’t hesitate to start your own adventure at Futurice.