How to Spark Change with Agile Coaching, Part 2: Scaling Change

Adaptiveness to change is what makes companies future-proof, but on the other hand, ongoing change is extremely difficult to grasp on the individual and organizational levels. Eventually, everything will click into place once new ways of working have been implemented and scaled into use beyond the teams that first experimented with them.

This blog post concludes our two-part series that focuses on overcoming some of the hurdles commonly witnessed when initiating cultural change in an organization. Read the first post here.

Change demands effort and focus. When people are given the liberty to experiment and adopt new tools and ways of working, it will eventually sprout new ways of thinking. This was our guiding philosophy as we joined forces with Accountor’s SME cluster and set out to implement new ways of working for their Product Development teams.

The first steps along the way – covered in more detail in part one of this blog series – were acquiring executive buy-in, building a tight-knit team, and adopting a culture that embraces experimentation.

Finding the right mindset to keep the change alive

In order to keep the change going and evolving, our next challenge was to figure out how to support both individuals and the entire organization to change after the program ended.

In addition to new tools and ways of working, we focused heavily on understanding and challenging the underlying assumptions that control the ways we think and act. When it comes to change, it is all about shifting the mindset. As one participant put it:

A few months after the coaching sessions had ended, we were positively amazed by the attitude of continuous development, the learning mindset they had adopted, as well as the ongoing experiments the teams were running.

Agile is never ready. You have to keep using it and working with it all the time to keep developing as a team and as an organization. 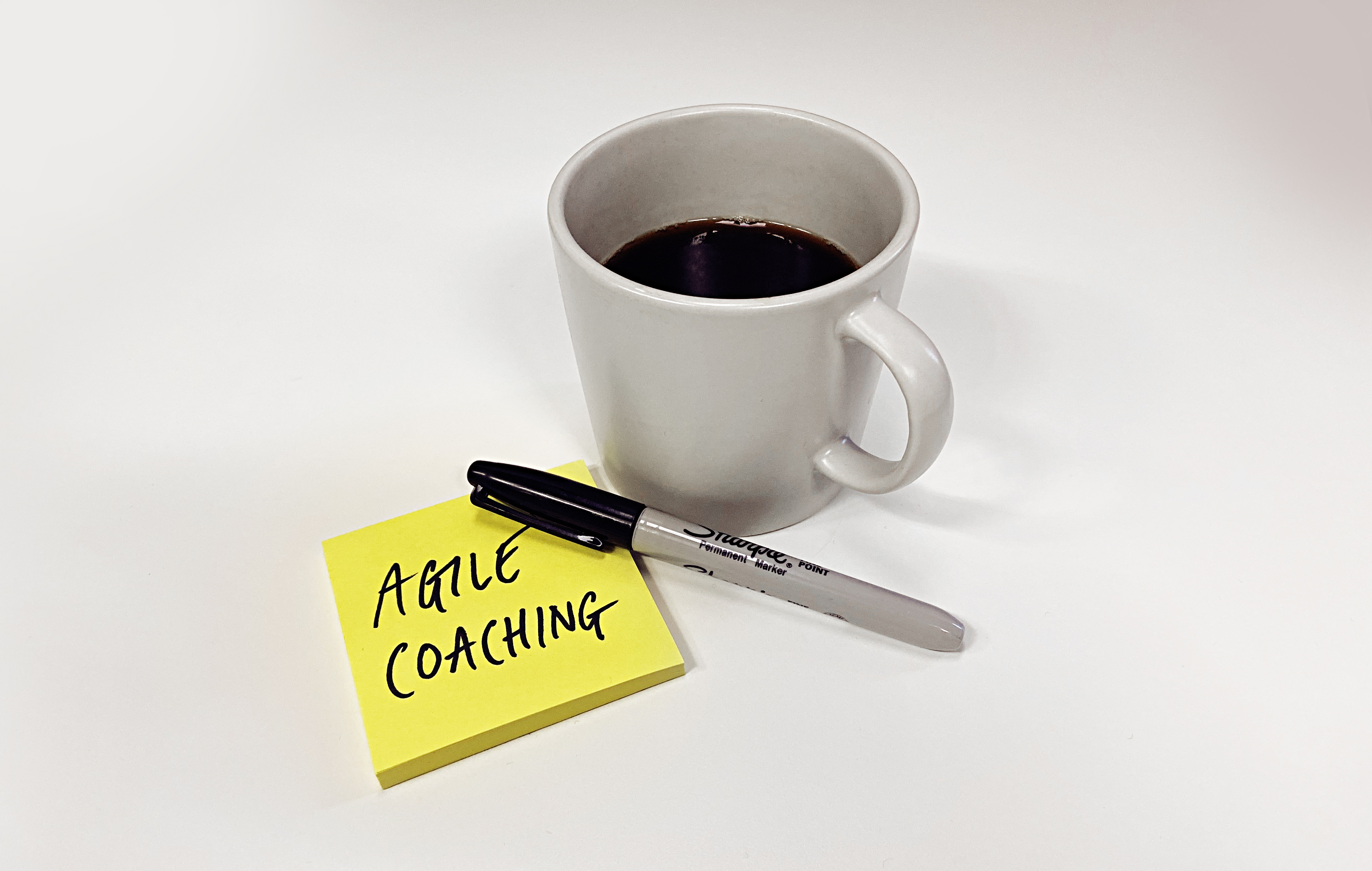 Change is difficult to master, and people easily slide back to their old habits. Whenever new ways of working stick after the initial steps and change is steadily being driven driven forward by in-house teams – that’s a win in our books.

In an autonomous organization utopia, employees would plan and implement the next steps themselves, but in today’s corporate reality, the challenges and required changes can be complex and extend throughout the organization’s entire structure. So, finally, we had to figure out the necessary larger-scale steps to take after the Agile Coaching Program has ended.

This is what we eventually arrived at:

Change needs to happen in two directions: bottom-up, by spreading from teams to the rest of the organization, and top-down, with executive support and commitment. Ultimately, in order to successfully transform culture, shaping ways of working is not enough – change needs to affect the entire organization, starting with daily operations, structures, and metrics.

Luckily, not everything has to happen at once – we can experiment and make change happen as we learn what really works.