What is it like to work at Futurice for summer?

Every summer, we hire great future talent to work with us. We could say ten beautiful things about that but we figured that we'll let the summer employees tell about their experience themselves. Here's Antti, Irene, Niklas and Joel from summer of 2019.

Please, tell us about yourself and how you ended up at Futurice

Antti: Hey, I'm Antti, a 6th year computer science student from University of Helsinki and this summer I joined Futurice in Helsinki because I had heard good things about the company. Before this summer, I had one summer of experience as a software developer.

Irene: I'm Irene and this was my second summer at Futurice in the Helsinki office. I applied to the company for the first time during my first year of studies but got a friendly "no" response. After my second year I got a job as a software developer and returned this summer as a data scientist.

Niklas: Hi, I'm Niklas, a data scientist studying in Aalto University. I'm now studying for my fifth year and I have previously worked in a bank but for this summer I wanted to try something new so I applied to Futurice in Helsinki. I already knew some people from Futurice and liked them so I wanted to join the team as well.

Joel: Hello, I’m Joel, a designer that has recently graduated from studies in University of Lapland. I applied to Futurice in Tampere after hearing about all of the amazing stuff that my brother who had been in the company for two years already was experiencing there. One could say that I was a little bit jealous. Before graduating and applying to Futurice I had done a few freelancer service design projects in Rovaniemi and had worked for the university.

What have you been working on this past summer?

Antti: I've worked on client projects in our Futucare team. We offer maintenance and feature development for longer running projects after their initial development. During the summer I've been involved in multiple projects using different tech stacks. One of my highlights was working on MyHelsinki.fi's Think Sustainably project in which I implemented the HSL integration that you can see on for example Helsinki Art Museum HAM page.

Irene: During my two summers I've worked on a few different project. On one of the projects I worked for a client as a frontend developer, I got to develop the app using React, Redux and NodeJS and we used GraphQL which was a new tool for all of us involved in the project.

Niklas: This summer I worked in a project that's rethinking the Futurice business. It has been a great opportunity to learn about the relationship between data science and business and how to create value. In this project, we have been coming up with ways to use our own data to help people succeed in their work and keep learning. As a part of this, I build a proof of concept application that uses our internal social networks data to match people who don't know each other, and send them for lunch.

Joel: My summer started with an intense period where I was doing a lot of customer interviews for our clients and also making illustrations for various smaller projects. After the sudden influx of projects ended and (almost) everyone went to their summer vacations, I started creating presentation templates and illustrations for Project Navigation Game. 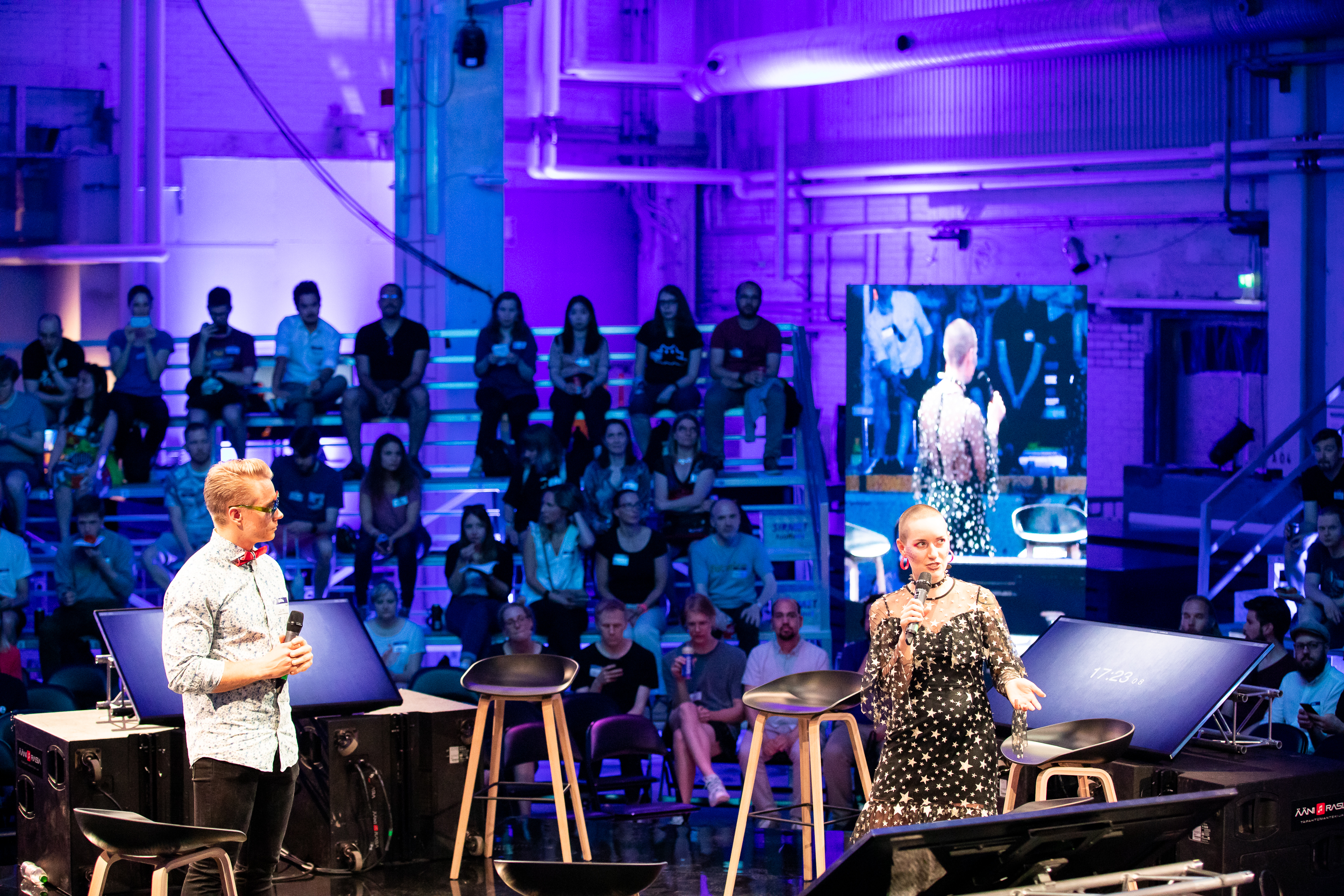 What's been a highlight of your summer?

Antti: My highlight was building a big feature that was published to the real world. In addition to software development, I liked the culture of openness and sharing information. For example, every Friday there's Tech Weeklies where people give tech talks to share information inside the company.

Irene: The best part about Futurice is definitely the people - they are the primary reason why I wanted to come back for a second round. There are lots of events and opportunities to meet cool folks with different backgrounds from all around the world. Summer employees are considered full members of the community, and you can strike up a conversation with virtually anyone by the huge coffee machine at Futucafé, regardless of their title.

Niklas: I really liked working on real and meaningful projects. Working at Futurice as a summer employee is about real work rather than brewing coffee. There's also lots of freedom to choose what to work on.

Joel: First off: the people of Futurice. They kept supporting me in projects and guiding me through the summer in a way that really stood out. But in addition to that, I got to work in many interesting and exciting projects that really showed me the impact and the value that my work can have. There was especially one project for Särkänniemi regarding virtual queues to amusement park devices that was really memorable.

Antti: I had one interview and it was one of the most relaxed ones I've ever been in. I showcased a project I had built and the interview felt more like a discussion with colleagues rather than an interview.

Irene: Both times I was interviewed by people doing approximately the job I was applying for. I was definitely nervous the first time, since I hadn’t done many technical interviews, but the process turned out to be far more casual than I had expected.

Niklas: Early bird eats the worm. The summer application period was quite early but it was nice to know early on that I had a job for the next summer. I also had one interview and was then offered a job.

Joel: Before applying, I had visited the company a couple of times to get to know the company culture and to ask some questions from the designers working there. My first interview was practically a very relaxed chat about the company and my interest towards it. I was quite nervous before it but it set a very friendly tone for the interview process. The second interview felt probably more like a discussion about design than an actual interview.

Did you learn something new during the summer?

Antti: I learned a lot about communicating with clients and how consulting is much more than just writing code: it's also about solving problems and helping the client to figure things out. On technology, I learned Java, Node and React as I was working with those in the client projects.

Irene: Both summers I got to work with new tools that I had never used before. In addition to the technical stuff, I gained practical skills in working in a group, public speaking and communication — all of which are essential skills in the working life.

Niklas: I didn't know much about AWS before joining Futurice but got to learn that during the summer. As I mentioned earlier, learning about the intersection of data science and business as well as about both of those individually was a great learning experience for me.

Joel: Due to constantly working with senior designers in projects that were about complex and varied topics, I don’t think that I ever had a time when I didn’t learn anything. I learnt a lot about communication, design methods, various new software and project management. I also learnt to be relaxed when working with clients.

Anything else you'd like to say to people thinking about applying?

Antti: I like that Futurice encourages people to learn and do new things instead of having a strict job definitions and roles. I stayed at Futurice after my summer job which is a great opportunity to start your career.

Irene: If you’re considering applying to Futurice, just do it — even if you don’t end up getting the job, touching up your CV, LinkedIn and GitHub won’t be time wasted. It’s a good idea to go through a mock interview with a friend to prepare for the most common questions. But in the end, the recruiters are looking for a coworker, not just a pair of programming hands, so try to relax and show your personality.

Niklas: It was great that there were lots of opportunities to experience things outside just development and data science work. Sports, team events, a great community of professionals and the annual Futucamp which was organized in Tampere this year with Futuriceans from all offices around Europe spending a few days together.

Joel: Gather up your portfolio and go for it! For us designers there might be a little more competition out there but I assure you it’s worth the shot. The people at the office are invested in making this your career at Futurice and not just Futurice’s career for you.

If you want to be like Antti, Irene, Niklas or Joel, apply for a summer job now! Checkout our open positions here!