Learn fast, experiment responsibly and be open. Three phrases which neatly sum up two days of energy, collaboration and envisioning the next phase for Futurice. Every year the whole company has a chance to meet, share and hang out in a European city for a weekend. It’s the big occasion from which we draw our energy, reflect on how far we’ve come, what we want to achieve, and where we pull together to help each other out as we grow towards the next evolution.

Lots has changed since last year: a new CEO, a new studio in Oslo, new Board members, more client successes, more learnings, more insights into what it means to be Futurice wherever we work and live.

The theme for this year’s meeting in the heart of Berlin was Futupolis, inspired obviously in large measure by Fritz Lang’s expressionist science-fiction masterpiece Metropolis). Visually, thematically, and even theatrically through lighting, sound design and exquisite art direction, for 48 hours we lived in a temporary city of our own creation. A day of keynotes, networking, demonstrating, debating and dancing; then a second day of experiencing Berlin, partying and chilling by the river.

Six weeks into his new role as CEO, Teemu Moisala opened proceedings reflecting on where we’d come from - our heritage in open source and mobile, the bets we’d made in the past, and how we are now aiming high with a vision of leading the way in AI. He pointed to our culture - empowering ways of working - as being the alchemy that will get us there. Watching Teemu survey a hall of 450 people all with massive collective learnings and a burning desire to shape the future was a big emotional moment. 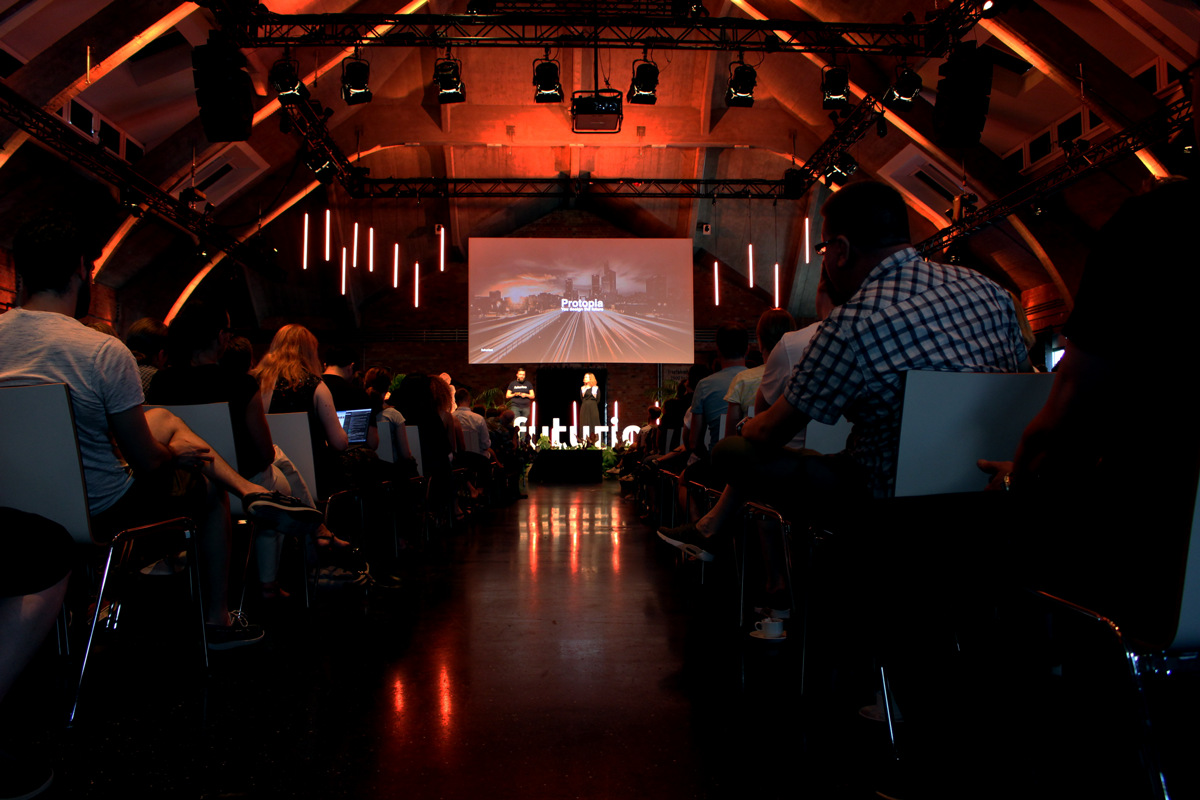 Next came senior data scientist Daryl Weir and lead service designer Annina Antinranta. It’s easy to get stuck in dystopia, and cultural tropes almost enforce a sense of fear about technology; equally the utopian path is almost too idealistic and visionary for most to fully embrace. Instead, as we increasingly embrace AI, Protopia feels like a wise approach, a way of being where we continuously work to make things better and to learn.This involves going beyond ideology in order to balance practicality and vision. Being more human about AI means helping understand what went into the decisions that surround us - people’s creative processes, their inspirations.

Our event featured some of our clients too - our massive company offsite is a place where our clients are welcome - this year we welcomed Niina Sauvolainen from Finnair, Telina Reil from Allianz and Jussi Herlin from Kone. Niina gave us a look behind the scenes of a project she’s been working on with Futurice with head of innovation and biometrics expert Tugberk Duman on facial recognition. The point was to illustrate just how tricky it can be to have the drive and vision to experiment and try out new things, while managing corporate expectations, safety and security imperatives and significant pressure for ROI. Niina described her own journey of seeking to embrace change in the organisation and constantly running into cultural norms which are designed to help Finnair maximise returns while transporting millions of people in perfect safety. Not easy, and an important reminder to our creative and experimental natures within Futurice, that the people we work with day by day live a very different reality. But embracing our clients’ reality is the key to getting our experiments out there in front of real people: we just have to be patient and empathise with the corporate contexts in which most of the world works.

Next on stage was a panel debate. Instead of asking the audience open questions and getting nervous open-mic moments, we used the fantastic Mentimeter online polling service to ask the audience some questions about AI. This allowed our panel consisting of Niina Sauvolainen from Finnair and Telina Reil from Allianz together with key Futurice people including ethics lead Minna Mustakallio, design director Melanie Dreser, innovation lead Tugberk Duman and Miikka Ermes, Data science lead, to respond with the findings with their perspectives and remarks.

This approach proved mind expanding. We reflected on what skills we are lacking in our work in AI (philosophy, psychology, ethics, sociology), what excited people about the field, what made people nervous, what people wanted to see more of… The panel reached a real crescendo when reflecting on whether in fact psychology could in fact be replaced. Technically, with the right programming and learning, machines could do a better job of making sense of human behaviours and thoughts than humans can.. It’s all very techno-utopian, but the discussion definitely surfaced some important tensions that we’ll continue to try to make sense of.

For many, the highlight of the day was a talk by Zeynep Tufekci, writer, academic and techno-sociologist and regular contributor at The Atlantic and The New York Times. It was an incredibly eye opening talk, which picked apart popular notions of the infallibility of computer systems, the inbuilt gender and diversity biases of most systems around us, the nature of teaching and learning with machines, the very human biases which lead us to assume that computers will think like smarter humans. Each point was built up, debunked and explored with style and panache, and left the audience in no doubt about the importance of Futurice taking a bold stance on AI and exploring as many semi hidden factors as possible in our work.

Following on from Zeynep and looking inwards at what the AI future holds for us as a company, our chief artificial intelligence officer Tuomas Syrjänen, VP Claes Kaarni and I described a near future learning journey for all of Futurice. We could describe this more, but that would be giving a lot away :). The crowd is in though - we’re about to embark on a pretty wholesale re-examination of how we work and why, all enabled and powered by AI. 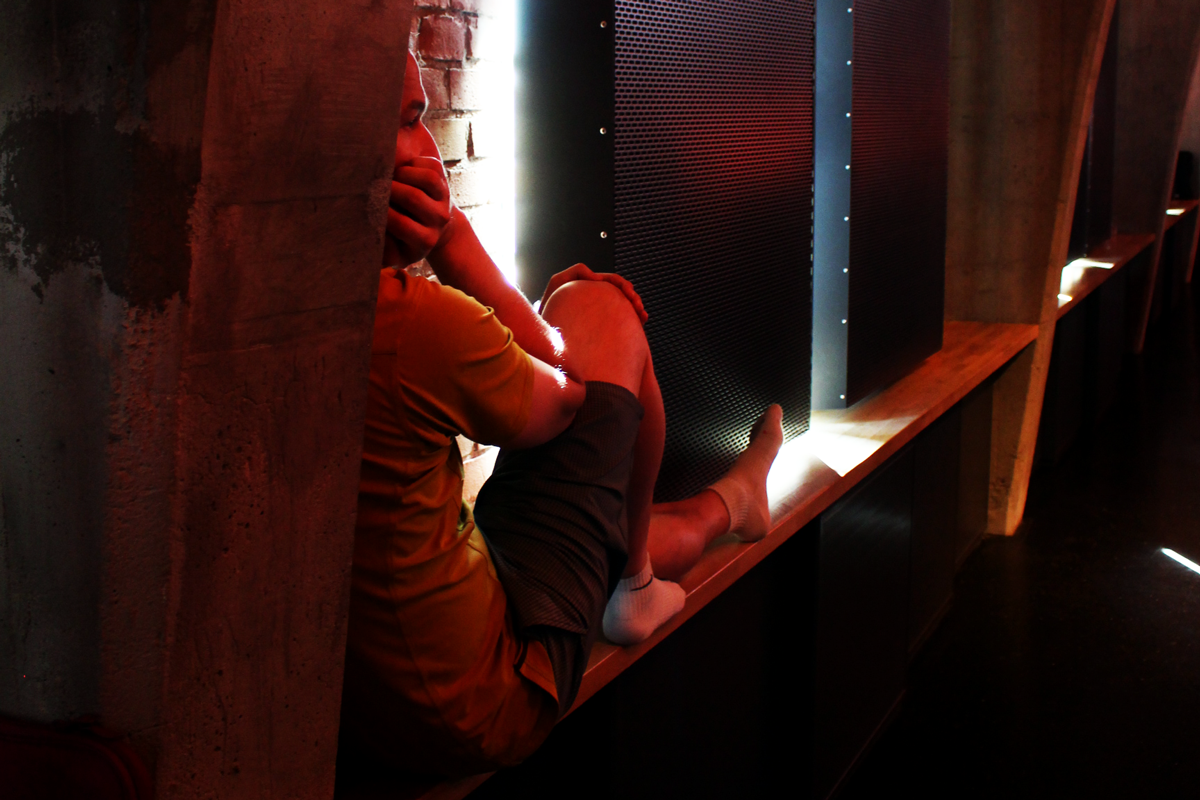 For some time now, many people in the company have been asking its founders Hanno Nevanlinna, Tuomas Syrjänen and Mikko Viikari why they started Futurice back in 2000. For the first time in recorded Futu-history, this was their moment. It’s a powerful story, summarised well by Mikko himself in three points: 1) Humans are fundamentally good; 2) Optimism - we can use technology to solve the biggest problems and 3) Realism - there are no silver bullets. Some deeply personal reflections from three people who, looking out at a crowd of 450 coming from 5 studios across Europe, must have felt just a little twinge of pride at how their vision has become reality.

Their talk culminated in a bold summary of what we are in Futurice: A 100 year, metamodern, social experiment. Many companies define themselves through their missions; this one feels bigger and more important. For a start, it’s a 100 year journey. Then, it embraces the challenges in society coming out of a postmodern, cynical, relativist age into one defined more by oscillations between perspectives, storytelling and interconnectedness. It’s a bold direction, and illustrates how in Futurice we think pretty deeply about our mission, and encourage everyone to do the same. 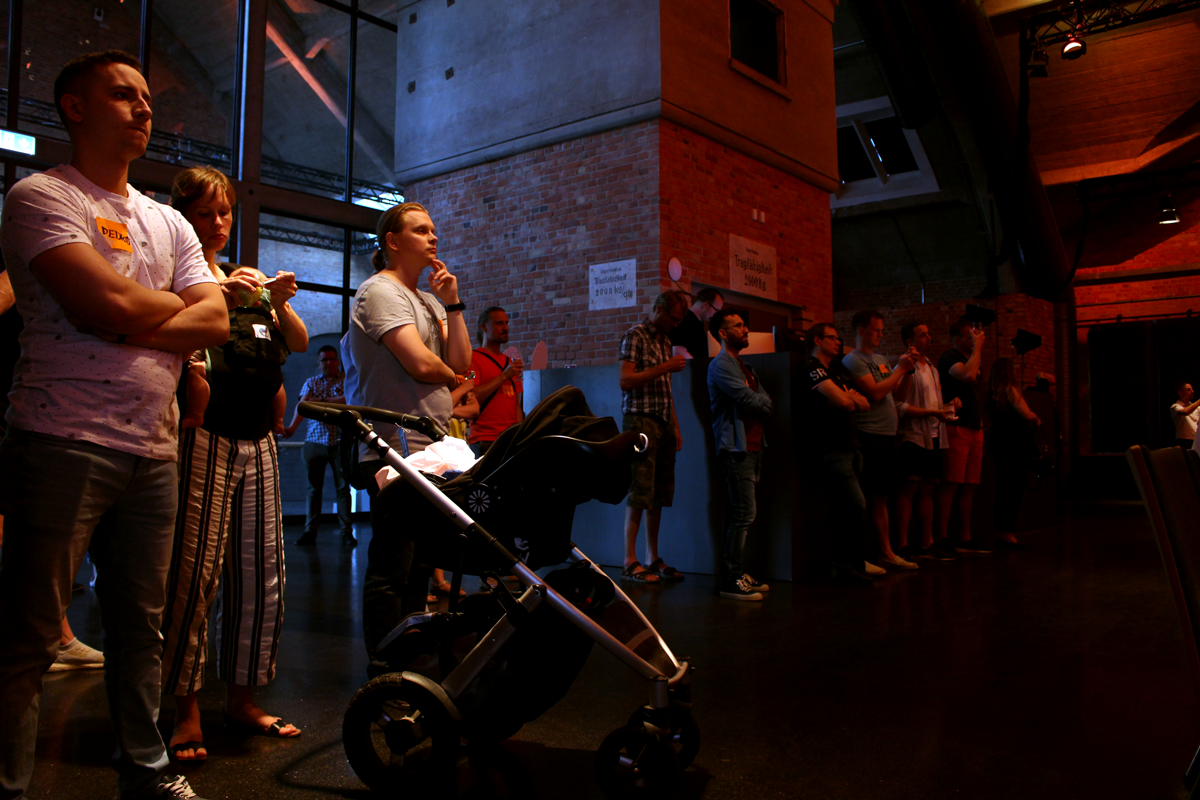 Outside the main hall though, there were many highlights:

Futupolis was a temporary city, in the heart of Berlin where we learned from and inspired each other. We also held awards to recognise just how hard we all worked during the year, we partied hard by the banks of the Spree, and we soaked up the ambience of Berlin, a city of self-reflection, edginess, contradiction and pure energy, not that different to Futurice itself.