What it takes to be a consultative designer in the field of IT?

More than 60 projects with roughly 30 clients operating in at least 20 different business domains. That’s my total after working a little more than 9 years as a consultative designer in the field of IT. It most certainly isn’t any record – I’d guess it’s quite close to industry average – but looking back and adding up those numbers really made me stop and think about my work.

My duties have progressed steadily from all-around graphic design into expertise in digital design, including UX, UI and service design. At the same time as my skills have gained more depth, my position has converged towards client’s core businesses, demanding continuously growing amount of domain knowledge and communication skills. After reaching my current role as a UX and UI design lead in Futurice, it felt like an appropriate moment to reflect on my journey so far and share the findings of what being a consultative designer is all about. 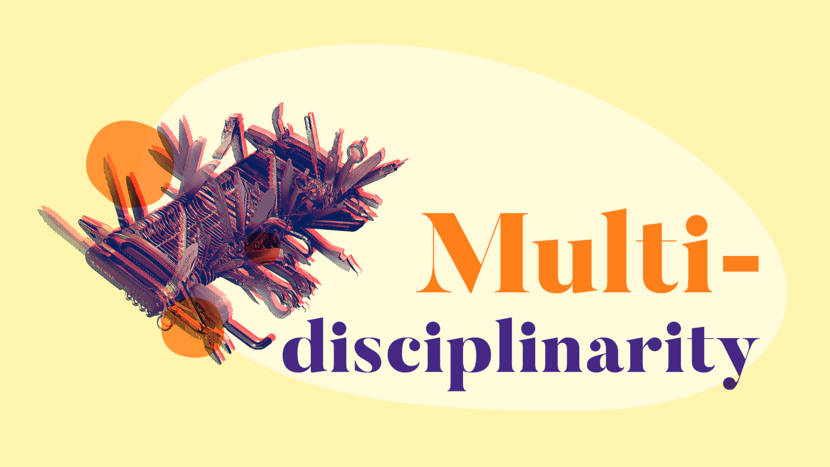 Multidisciplinarity – the friend, the enemy

Back in 2015 I wrote a blog post about design skill expectations in this industry. At that time, the talent market was getting increasingly hyped about multidisciplinary professionals, as the job descriptions were getting more and more pervasive. I still feel that design roles have changed for good and all. The old-fashioned, siloed design jobs have almost ceased to exist, and the modern digital designer is expected to master a variety of skills. Don’t get me wrong. I’m not saying that highly focused designers are not needed anymore. This just seems to be the way this industry currently operates. Being somewhat a Pi shaped professional myself, I’ve faced both the benefits and disadvantages of being multidisciplinary.

As a designer, junior or senior, being open-minded and quick to learn opens up possibilities like nothing else. When I started in Futurice I was a rookie in service design and Futurice’s Lean Service Creation model was still in its infancy. Expanding my skills towards service design seemed like a logical step to take, so I jumped into a fast-paced project in London for a week to really immerse myself into the subject. That one experience alone helped me to gain enough confidence to learn more about service design and utilise my newly gained skills in other projects as well. Ever since, I’ve been taking a bigger role in our service vision sprints, finally facilitating workshops and even creating new service design methods.

Gaining knowledge of service design has helped me getting involved in the design process earlier than before. It has brought me more holistic view in projects, helping me really understand the why, thus giving me even better reasoning for the UX and UI design choices I’ve came up with.

At the same time being multidisciplinary has forced me into design generalism of sorts. Instead of focusing fully into one skill and truly mastering it, I’ve distributed my time and effort into bunch of adjacent areas in design. My design skills probably aren’t sufficient to carry me into world class end-results in one field of design alone. But that’s fine, as it is my choice. I rather have the holistic view of things, and score trophies as a part of multidisciplinary team instead.

Human brains are the biggest culprit for any designer. They just won’t go off, even though your calendar or watch says it’s time to rest. I highly doubt that there is a person that can magically switch creativity on and off by checking what time of the day it is. Sure, there are methods to help you get started, but if your calendar is already filled with non-creative tasks, it takes a spine of steel to dig out the methodologies every time a time window for creativity appears. Design is problem solving, and often the best solutions pop up when least expected; while taking a shower or jogging for example. That really blurs the boundaries of work and leisure, making it hard to have the much needed brain rest. 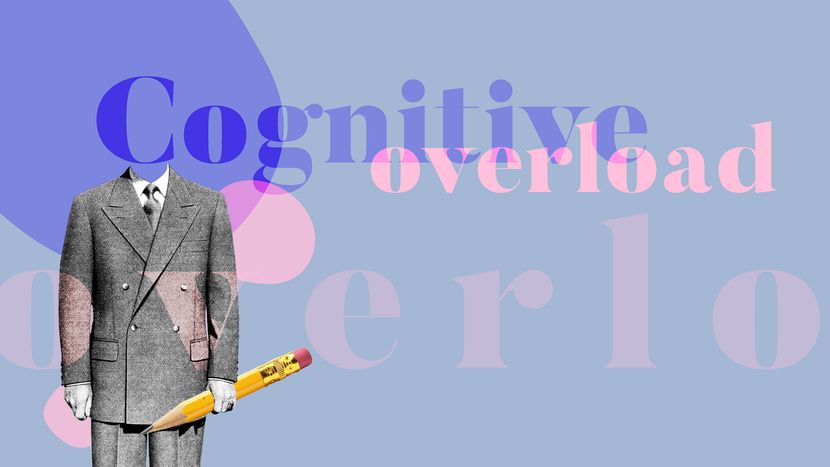 It’s hard to control your brain, and it’s equally hard to control your daily routines. Dailies, weeklies, workshops, retros and ad-hoc meetings are all needed in co-creative, transparent and agile way of working in IT, but the load can sometimes be overwhelming, especially if juggling two or three projects simultaneously. To crank it up a notch, design tools are constantly evolving too, requiring time and practice to learn. On top of that, the digital industry changes rapidly, requiring constant monitoring to keep up with the latest trends and technologies. Somewhere in between all that are the thin slices of space needed for free thinking and creativity. How does that equation even work?

I’ve often jokingly said that being a designer feels bipolar at times. Designers’ core competence is of course design, but user-centric design methods push us really close to the business domain’s core every time we submerge into a project. Gaining the trust and credibility needed for fruitful cooperation requires knowledge that can be acquired only by learning about the client’s business domain, end-user’s daily routines and the context in general. Comparing this learning process with educational learning in general opens up the subject nicely. By looking at the cognitive levels of learning, defined in Bloom’s taxonomy of educational objectives, I’d argue that gaining sufficient level of knowledge requires covering at least the first two levels: remembering and understanding. This makes the learning curve roughly equal to successfully passing a multiple-choice test in college-level studies. Wow! 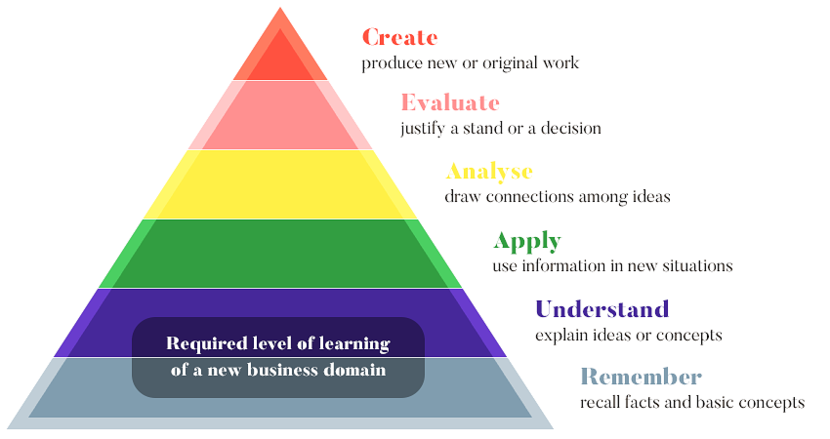 Counting my past projects made me realise how many business domains I’ve needed to wade through. The cognitive load has been huge, but I’ve sort of learned to live with it. My medicines have been two-fold:

Disguising learning processes, whether they’d be new tools or latest trends, as hobbies. I’ve had free time projects where I’ve been learning how to use new tools. I have artistic side jobs, pushing me to do illustrations and graphics. This method has allowed me to adapt into changing work requirements without spending all my time “working”.

Taking time off from the digital, and forcing my brain to function differently. I spend most of my holidays outdoors: bicycling, motorcycling or hiking. I often allow myself to use digital devices only a few times per day, if even that much. This has helped me to reboot and rewire my brains when the cognitive overload starts being too overpowering.

Who’s in the lead?

Have you ever wondered who’s actually steering the course you are taking? The question applies to multiple levels in daily work – from task prioritisation to overall design principles you are consciously or unconsciously following. The modern requirement for self-guidance in work is high. All the fresh faces in Futurice still get a copy of It’s your ship by D. Michael Abrashoff while onboarding to the company. That book’s core message hits the spot pretty well. Being trusted with responsibilities is a damn efficient tool to add one’s feeling of control and importance, therefore improving performance – as long as the tools and means to actually control the situation are available and applicable.

From my own experiences, and from my experiences mentoring junior designers, I’ve learned that by mastering prioritisation everything gets gradually better. It might be the approach chosen to map out a cryptic customer journey or it could be the way selected to communicate progress. An illogical, inconsistent prioritisation often reflects itself as indecisiveness, affecting both the feel of self-organisation, and the message delivered to the client and the team. Consistent, pre-determined progress amplifies the feeling of being in control, ultimately leading into leadership by practice – the best kind if you ask me. 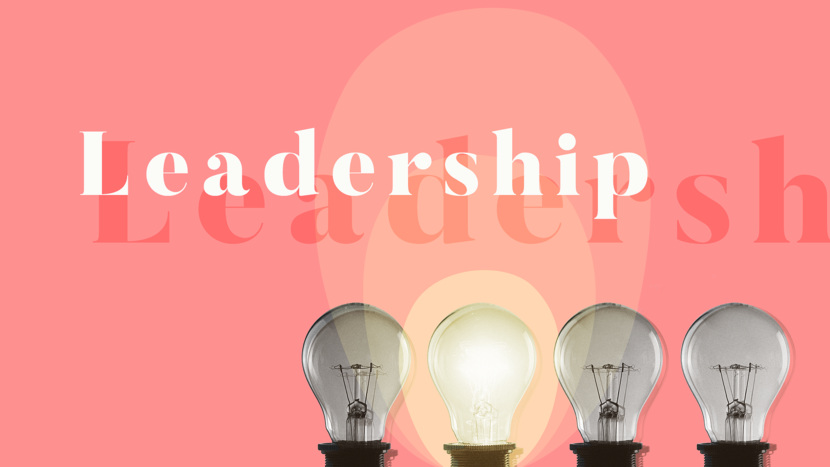 One easily overlooked aspect of self-guidance is feedback. Peer feedback is a great way to manage and improve the ways of working, while customer feedback is often the best way to microadjust the design and re-organise the prioritisation while retaining a feel of true co-creation. Sharing deliverables as early as possible not only increases transparency, but also prevents the designer from falling in love with the solution too much. Learning to give feedback and constructive criticism is just as important, as it cultivates one’s own communication skills and benefits others at the same time.

A great design lead is not an artist dictating the direction based on his/her own motives or vision, but a trusted navigator instead. In team work, the vision must be shared, just as the methods and ways to reach the goal. By having a route mapped out, covering even a few next steps, increases both the experienced and perceived feeling of leadership.

A thick skin, but not critique-proof

Designers, especially visual designers, are pretty accustomed to getting all sorts of oddball feedback. Visuals, unlike many other aspects in digital services, are easy to approach by anyone. We all have our favourite colours and styles, and the disliked options just as well. The perception of usability and ease-of-use aren’t objective either, as commentators’ own skills and preferences affect the experience. Constructive or destructive, we can’t and shouldn’t avoid criticism, but to learn to make the best out of it.

Admitted or not, almost all designers have their own likings and preferences, often referred as recognisable or personal styles. Many times the end-result presented to the client is an outcome of trial and error, including multiple iterations. No matter how often you share results, the design process often remains a black box. Information in, ready-made user interface out. The clients often just don’t have the visibility into the interphases that have lead to the presented outcome. This results easily in “stupid” suggestions triggering natural defence mechanisms and conflicts of personal preferences. What I’ve learned is to avoid interpersonal tensions until the very end. An old relationship advice works really well to client relations as well: remember that it’s you with the client fighting the problem, not you fighting the client.

I’d guess that most of us designers are quite passionate about the work we deliver. Therefore facing constant criticism can be dreadful and demoralising. The criticism is very rarely personal though, and keeping that in mind really helps to grow a needed extra layer of skin. Comments, big or small, are rooted somewhere and digging out that root cause is a great way to receive criticism and make something good out of it. 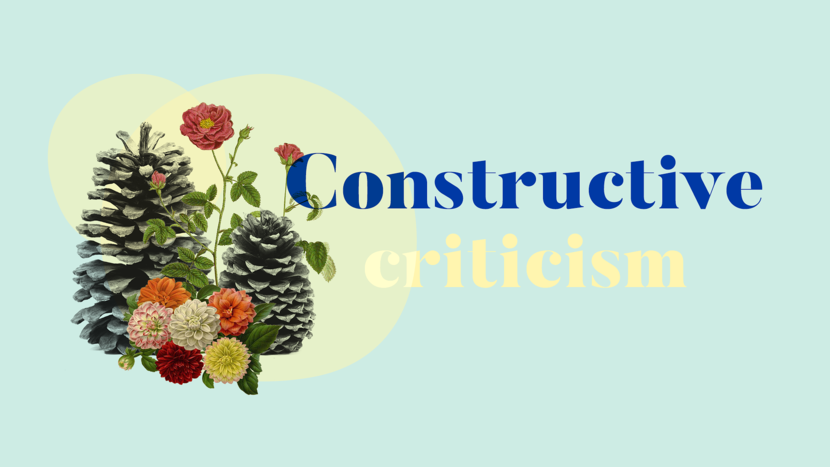 If it was easy, everyone would do it

After my journey as a consultative designer up to this point, I have to admit that the road has been bumpier than I originally thought. On many occasions I’ve pondered whether my physical and mental capabilities will allow me to work in this profession until retirement, for the reasons mentioned above. That said, so far I’ve managed to reach a progressive and successful career without burning the candle at both ends.

At its best this profession is the most rewarding, inspiring and positively challenging one I could ever imagine myself doing. I’d guess it’s a pretty rare feeling, and that’s why I highly recommend everyone to pursue their dreams as a designer!